The Gartley pattern is considered the root of all Harmonic patterns. It becomes a great idea for analysts to create Harmonic variations such as Butterfly pattern, Bat pattern, Crab pattern…

All of these patterns are highly effective when trading on the financial markets. So in this article, I will guide you how to identify and trade Forex effectively with the Gartley pattern in IQ Option.

What is the Gartley pattern?

The Gartley is the oldest and most popular Harmonic price pattern. It is shaped like the letter M (Bullish Gartley) or W (Bearish Gartley) on the chart.

It consists of 5 points on the chart. These points are marked with the letters X, A, B, C and D.

The Gartley starts with point X and it makes successive oscillations XA, AB, BC and CD until point D is completed.

How to identify the Gartley pattern on the chart

The Gartley pattern is like any other Harmonic pattern. Each segment in the pattern must correspond to specific Fibonacci levels as follows:

XA: The XA range can be any price action on the chart. There are no specific requirements regarding the movement of the XA segment.

AB: The AB amplitude should be 61.8% of the XA amplitude.

CD: The movement of CD is in the opposite direction to BC. Later:

AD: Final rule of the Gartley. When the CD’s move is complete, you should measure the AD segment amplitude. A valid Gartley pattern on the chart would give an AD margin equal to 78.6% of the XA amplitude.

The Bullish Gartley pattern starts with a bullish XA span, then followed by a bearish AB span, a bullish BC span, and finally a bearish CD span.

With this move plus the proportions corresponding to the Fibonacci levels according to the above rule, then the market will have an uptrend from point D. The profit target of the Bullish Gartley is an extension to point E.

With this move plus the proportions corresponding to the Fibonacci levels according to the above rule, then the market will have a downtrend from point D. The profit target of Bearish Gartley is an extension to point E.

How to trade Forex with Gartley pattern

To enter a trade with the Gartley pattern, you first need to determine its accuracy according to the principles described above. For easy tracking, you should mark the important points X, A, B, C, D on your chart. Then check the markers with the Fibonacci tool to make sure the pattern is correct.

Enter a BUY order at point D if the pattern is Bullish Gartley. Stop loss is placed below point D depending on the risk acceptance of each person. And take profit will be point E which is the 161.8% extension of AD.

Enter a SELL order at point D if the pattern is Bearish Gartley. Stop loss is placed above point D to suit the order. A reasonable take profit point would be point E on the picture.

The Gartley pattern appears quite often in the financial markets. Most of them are highly profitable for traders. It is important that your identification ability is good, fast and accurate. To do that, the most important thing to do is practice and practice a lot on the Demo account.

Do not forget to follow my latest articles to update more knowledge. 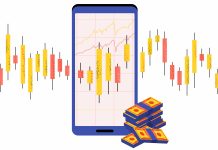 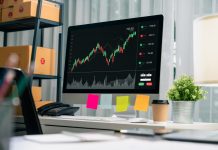 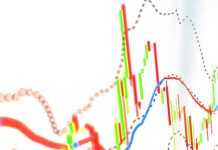 How to set up the perfect trading system in IQ Option

How to use the reversal trading precisely with 3 RSI indicators...

How to trade Forex with Gartley pattern in IQ Option

ABOUT US
IQ Option is one of the world's leading online trading platforms. Seize your chance to trade a wide variety of instruments, using top-notch instruments and analysis tools
Unofficial website of the IQ Option
Contact us: [email protected]

Bottom and top fishing strategy based on Bollinger Bands and the...