Pullback trading is a popular trading strategy used by experienced traders for over 50 years in the financial market. When applied to trade in IQ Option, it brings unexpectedly high efficiency. In today’s article, we will introduce to you what pullback is. Characteristics and how to trade safely will also be available.

The pullback is a trading term used to indicate a temporary reversal or pause of the trend. It means the “corrections” or “regressions” of the market to go further. Prices never follow a straight line. So the pullback appearance is very natural and normal.

There are 2 main types of pullback:

When does a pullback appear?

Pullbacks are corrections so they usually appear when the price is in the overbought or oversold zone. You can find the above signal through indicators such as RSI, MACD, or trendline. And at the end of this period, the price will return and continue to follow the main trend. Therefore, a pullback can be considered a rest period of a trend. It’s gaining momentum to continue rising or falling following the main market trend.

Please note: A pullback is a period when the price moves in the opposite direction of the main trend, but it is only temporary. But a price reversal is a reversal in the direction of prices in the long run.

The price will then switch the main trend such as from a downtrend to an uptrend. On the contrary, it may switch from an uptrend to a downtrend. And this reversal stage is not like a pullback. They will last longer.

What does a pullback offer?

Pullback shows that the main trend of the market has temporarily stopped. This may be due to a number of factors such as investors temporarily experiencing a lack of euphoria after certain announcements.

Therefore, a pullback is often seen as an opportunity to open a HIGHER order in the main uptrend. However, traders should be careful not to buy too early in a pullback market. Especially, you should have a risk management method because a pullback can become a reversal.

How to trade when the market is in a pullback

For decisive victories in a pullback market, you need to incorporate more indicators. And resistance/support is a very safe combination when opening orders.

This is how to trade when the pullback market is in an uptrend.

This is how to open a LOWER order when the price pulls back in a downtrend.

How to trade when combining particularly reliable candlesticks:

Open an UP order when a Hammer, Bullish Pin bar, or Dragonfly Doji candlestick appears in the uptrend.

Open a DOWN order when a Shooting Star, Bearish Pin bar, or Gravestone Doji candlestick appears in the downtrend.

Review on financial trading orders in IQ Option from June 08 to June 12, 2020

1st order: The downtrend was evident when the previous peak and trough were lower than the following ones. In the downtrend, the Gravestone Doji showed a failure to reverse at the resistance zone. And the downtrend would resume when the pullback appeared.

Opened a LOWER order when the Gravestone Doji candlestick pattern appeared at the resistance zone. The expiration time was 15 minutes.

2nd order: The price went down, then moved sideways to accumulate force to penetrate the lowest trough, continuing the downtrend. The price retested the resistance zone with a Gravestone Doji candlestick but got rejected immediately at the resistance. According to the price action, the price failed to reverse so it would go lower in the near future.

Opened a LOWER order when the Gravestone Doji candlestick pattern appeared at the resistance zone. The expiration time was 20 minutes.

Opened a LOWER order when a Gravestone Doji candlestick with a long upper tail appeared. The expiration time was 25 minutes.

4th order: A strong downtrend continuously created bearish candlesticks. The price failed to reverse and formed a Gravestone Doji candlestick with an upper tail longer than the previous bearish candle. It showed that the price had tried to reverse from bearish to bullish but it got rejected and then formed a gravestone. The price would continue to decline when the pullback ended.

Opened a LOWER order when a Gravestone Doji candlestick with a long upper tail appeared. The expiration time was 25 minutes.

Most articles guide you to trade when the market goes up or down. With the above presentation, you have learned how to handle a pullback market. From there, it is possible to seize the opportunity when it clearly appears in the correction phase of the trend.

Practice it on a demo account proficiently before trading with a real one. For the sake of your money, be a master before you enter the financial market. Wish you success. 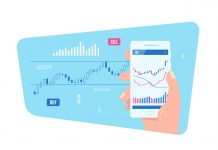 A trend trading strategy with EMA indicator in IQ Option 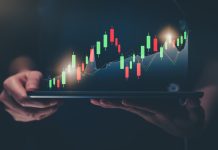 Underscore trading strategy – a masterpiece for beginners in IQ Option 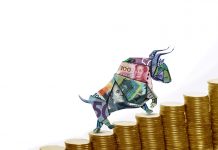 A trend trading strategy with EMA indicator in IQ Option

Review Underscore trading strategy – a surprising result on a real...

Underscore trading strategy – a masterpiece for beginners in IQ Option

ZigZag Indicator – How to use and trade it in IQ...