What is the Awesome Oscillator indicator?

Awesome Oscillator (AO) is a graphical indicator, designed to measure market volatility. This indicator was designed and introduced for the first time by Bill Williams, hence it is also called Bill Williams indicator.

Like so many other indicators that have been introduced, the AO is also an indicator used to measure market volatility. This also includes recent fluctuations in exchange rates in the currency market. From there, it forecasts the up or downtrend of the data series or exchange rates, etc. in the coming time.

How to set up Awesome Oscillator indicator

You can customize according to your strategy or use the default setting of IQ Option.

How to use Awesome Oscillator indicator for trading in IQ Option

Basic signals are classified in the corresponding order as follows:

Conversely, we have the Twin Troughs signal:

To trade safely, you can rely on the standard Awesome Oscillator pattern.

Conversely, we just need 2 bars to cross the Zero Line from above (shifting from the positive value zone to the negative value zone).

In order to trade with the Twin Peaks pattern effectively, the confirmation is very important. You need to remember as follows:

– It occurs when the highest peak is above the zero line and the next one is a lower one (but still above zero, in other words the second peak is closer to zero).

– The columns between the 2 peaks must also be on the Zero Line. The signal has no effect in case the graph intersects the Zero Line between two peaks.

– Each new peak of the graph must be lower than the previous one (or closer to 0).

When the AO indicator has formed 2 peaks, open an UP order.

This strategy is used by experienced traders to analyze the most detailed. We can say that this is an indicator of the most effective indicator of momentum. You can experience for yourself by trading with a demo account. Once you have a steady profit, start thinking about making real money in IQ Option. 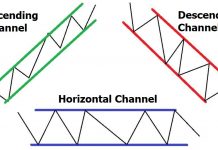 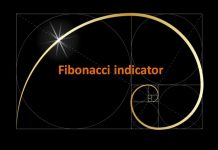 Fibonacci indicator – How to trade effectively in IQ Option 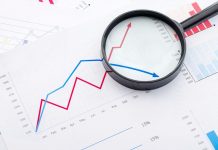 Trend – The most important thing when trading in IQ Option

Does being a full-time trader in IQ Option help you become...

Make money in IQ Option simply by trading Forex with the...

SMA indicator – How to identify and trade it in IQ...